Gladio marked the start of me wanting to push myself again. By nature props are "easier" to make than armor in the sense that there is no drama with trying to wear it. I decided to make Gladio in order to see if I could make something so detail dense.

I apologize in advance but my old phone died and I have, as a result, lost the pictures for the build but I have a few backed up. Apologies that it's not as thorough as it could have been.

I used the figure as a reference. I was informed about 2/3 into the build of the FFXV Fan Kit. THAT WOULD HAVE HELPED. But whatever. 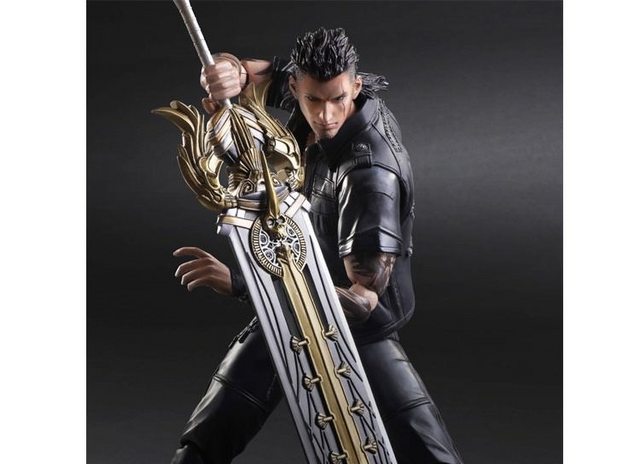 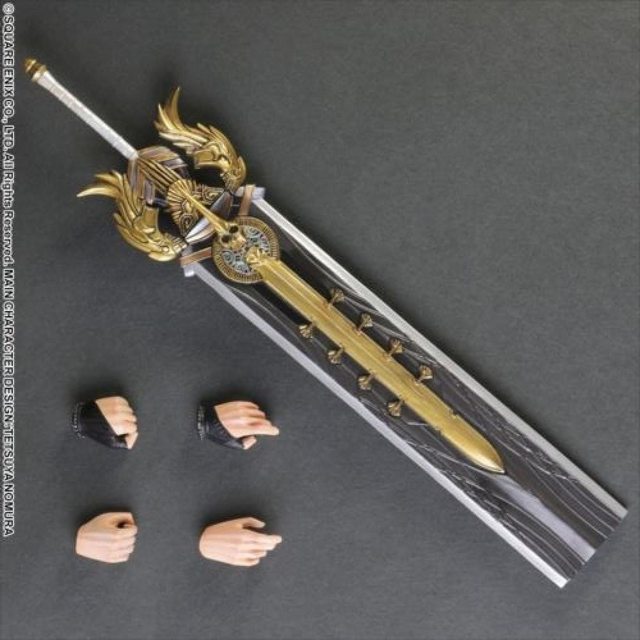 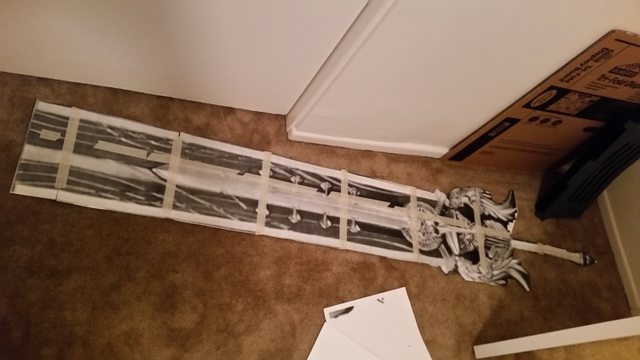 Used a piece of wood and mounted the beginnings of the blade to the wood. Blade is PVC. 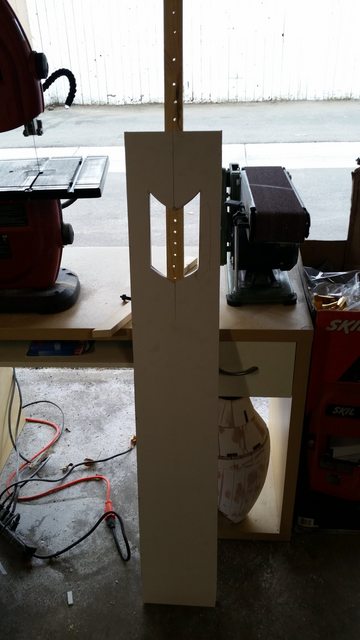 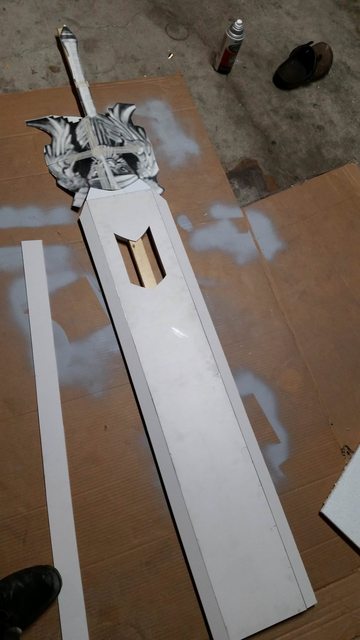 Bondo to clean up the seams. Added PVC details at the bottom. 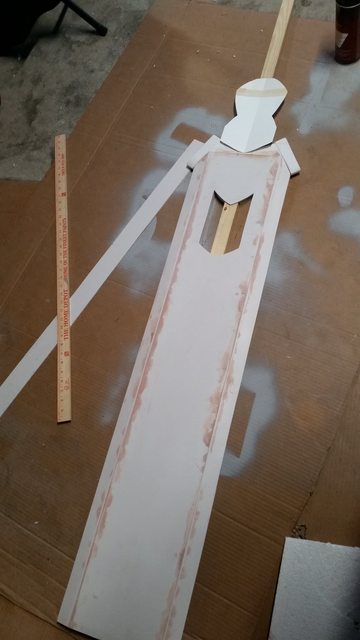 Made another set of "boxes" to have a point of reference to lay down detail later. Put down cardstock patterns to get a sense of scale. 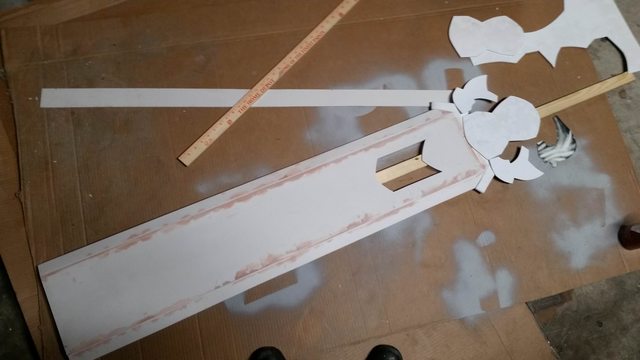 Made the center sword. Gave it a beveled appearance by lifting it with a 1/4" PVC piece underneath. Cut trim with 3mm PVC. Cut circle detail and rings with circle cutting jig (board with nail in it). 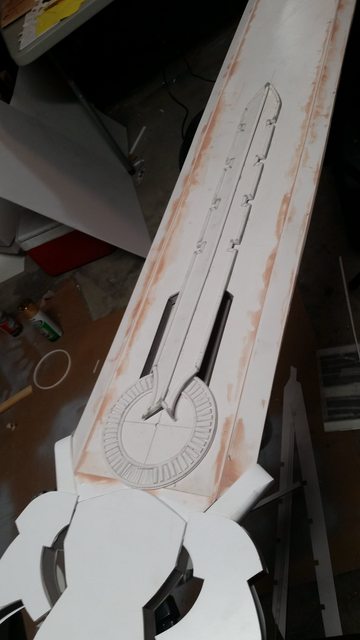 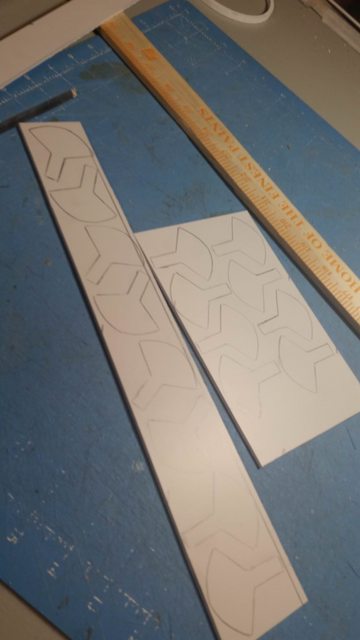 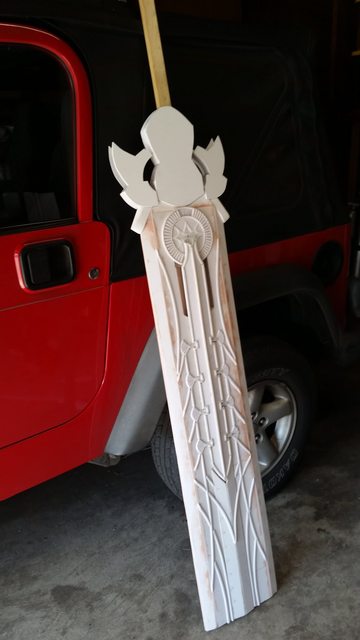 Build so far. Sketching details to plan out my next moves. 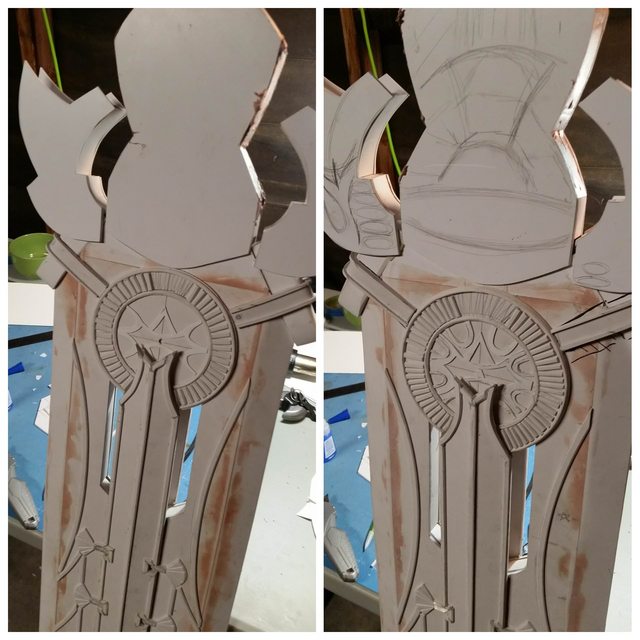 The hilt details were difficult and took me awhile to figure out. Cardstock planning stage. 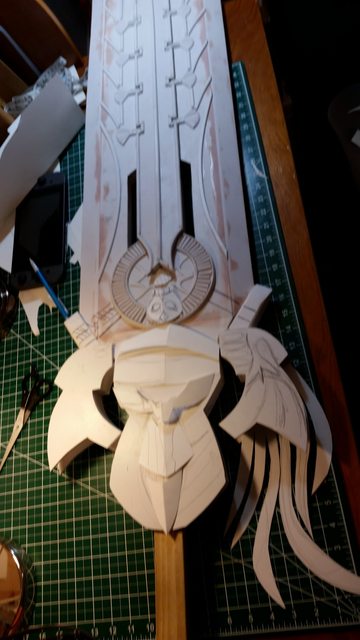 Here I am laying down the hilt detail. Carving details some places, just kind of making it up in others. 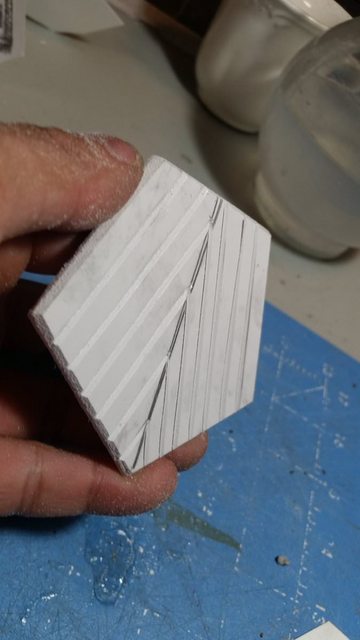 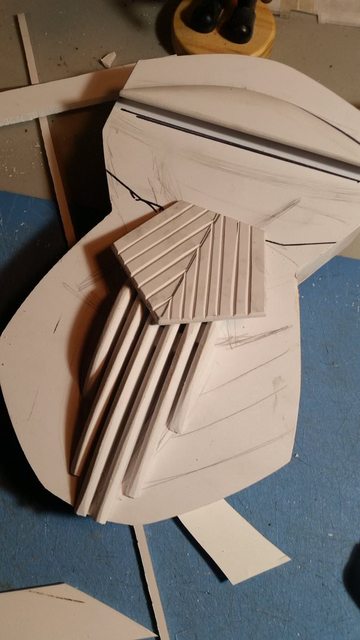 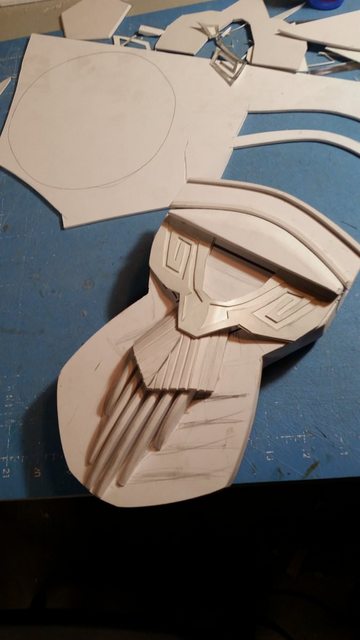 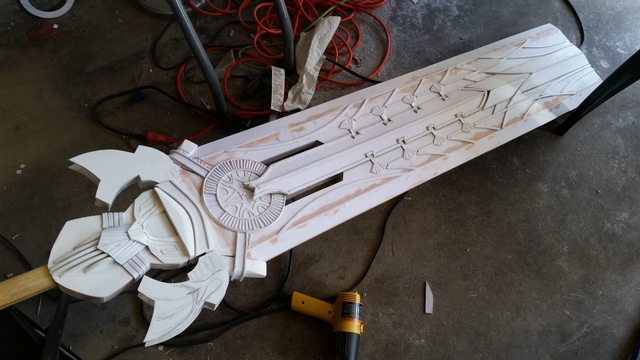 Cutting out the "feather" details on the hilt. 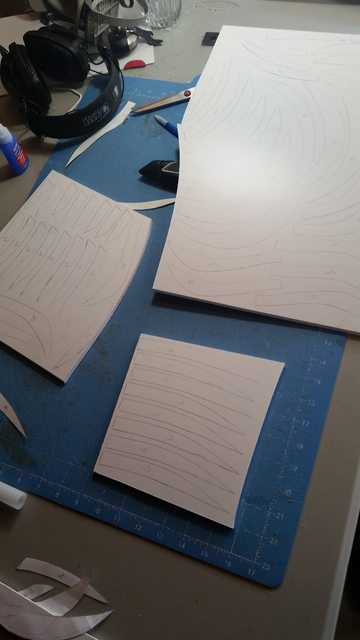 Adding them to the hilt after sanding. Apoxie sculpting the skull detail. 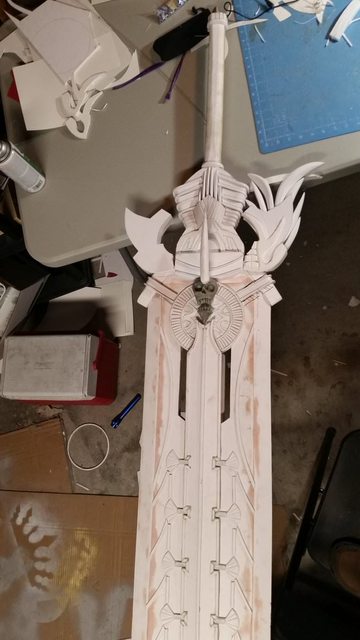 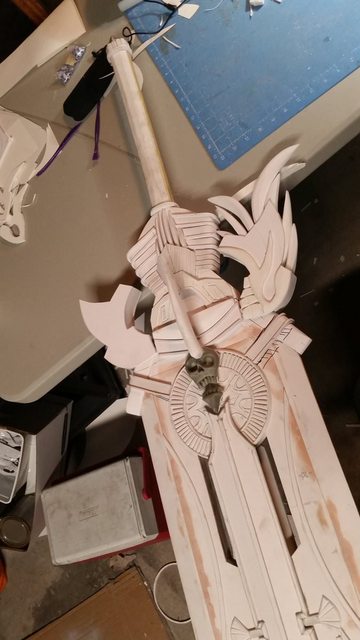 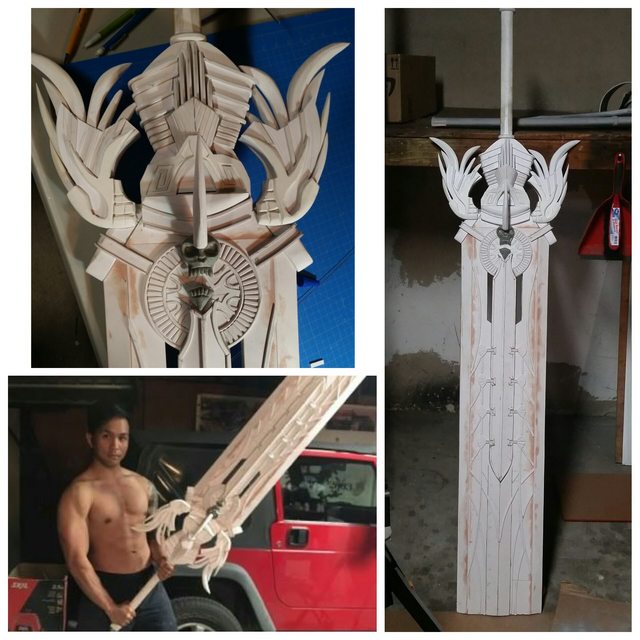 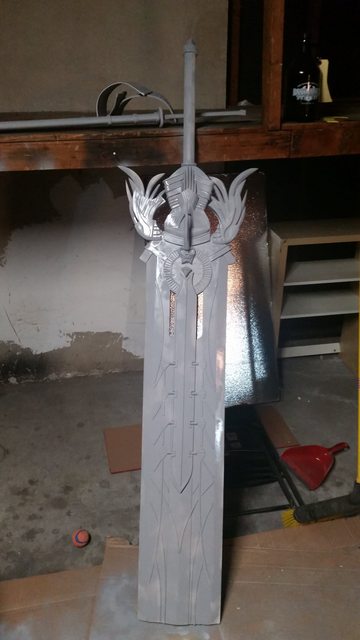 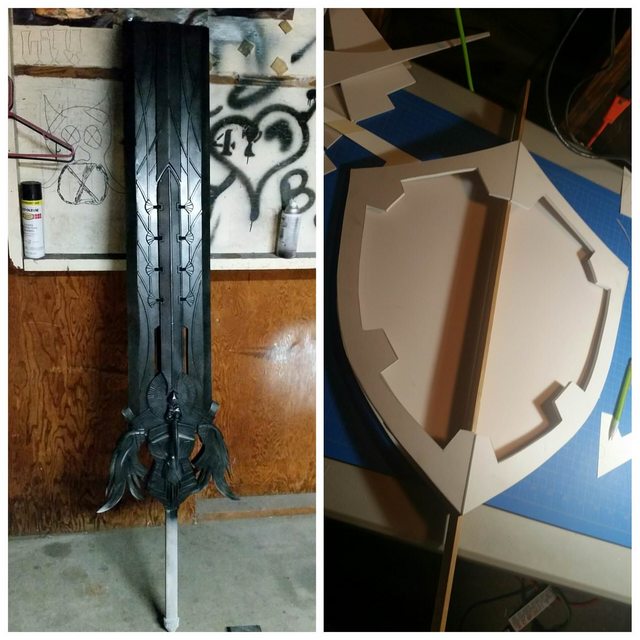 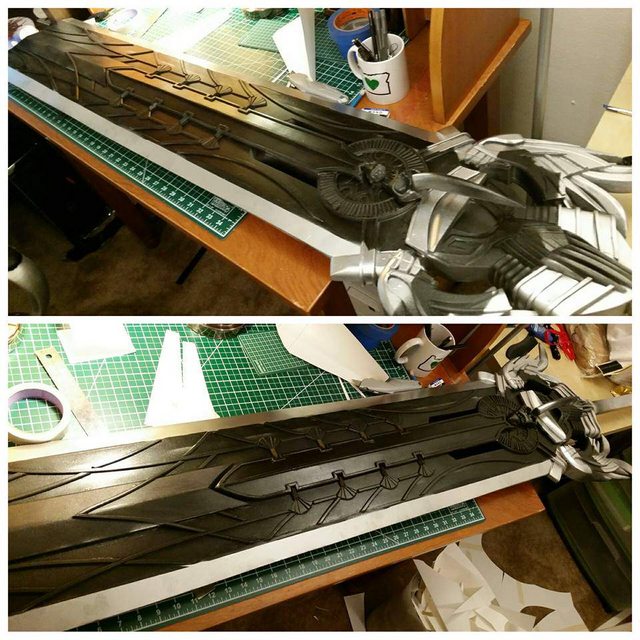 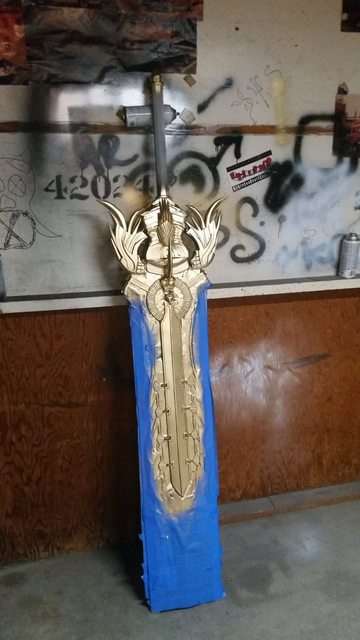 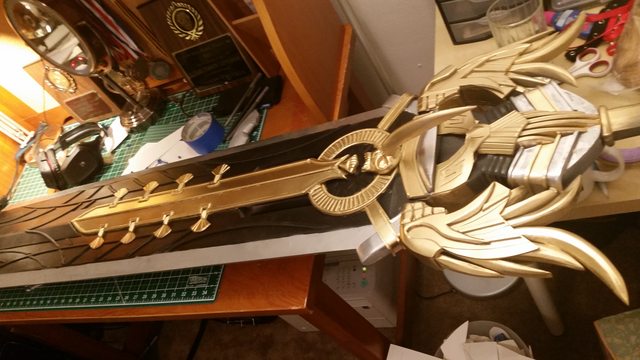 No pictures but OwlDepot detail painted the sword. 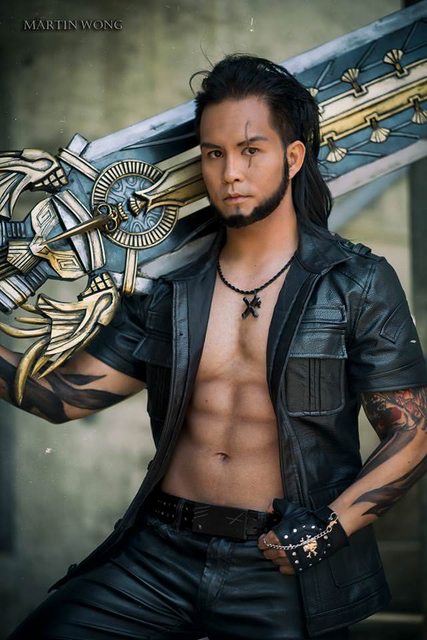 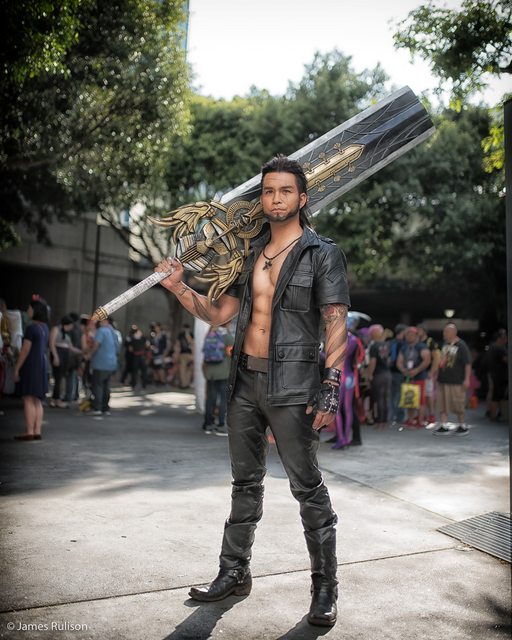 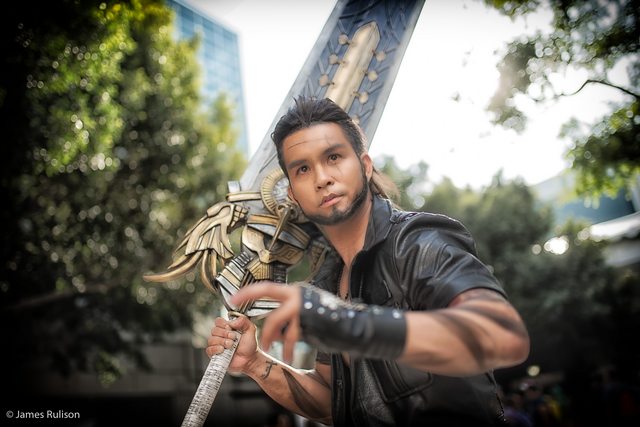 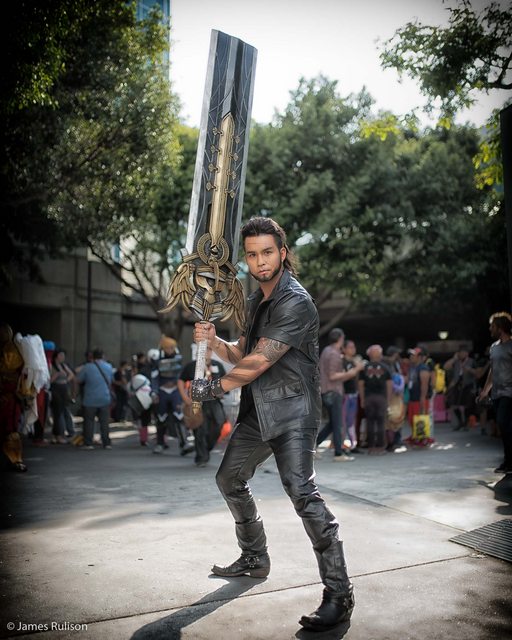 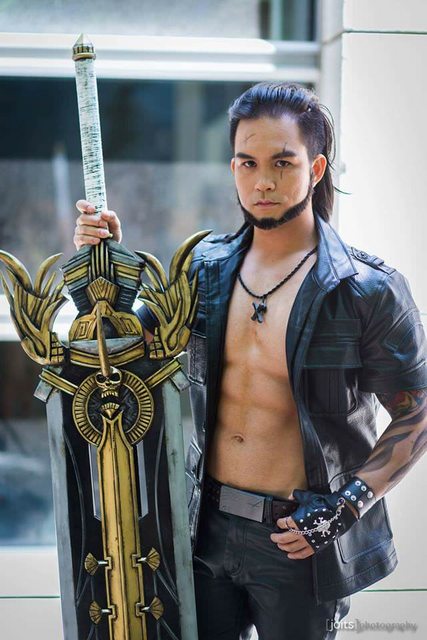